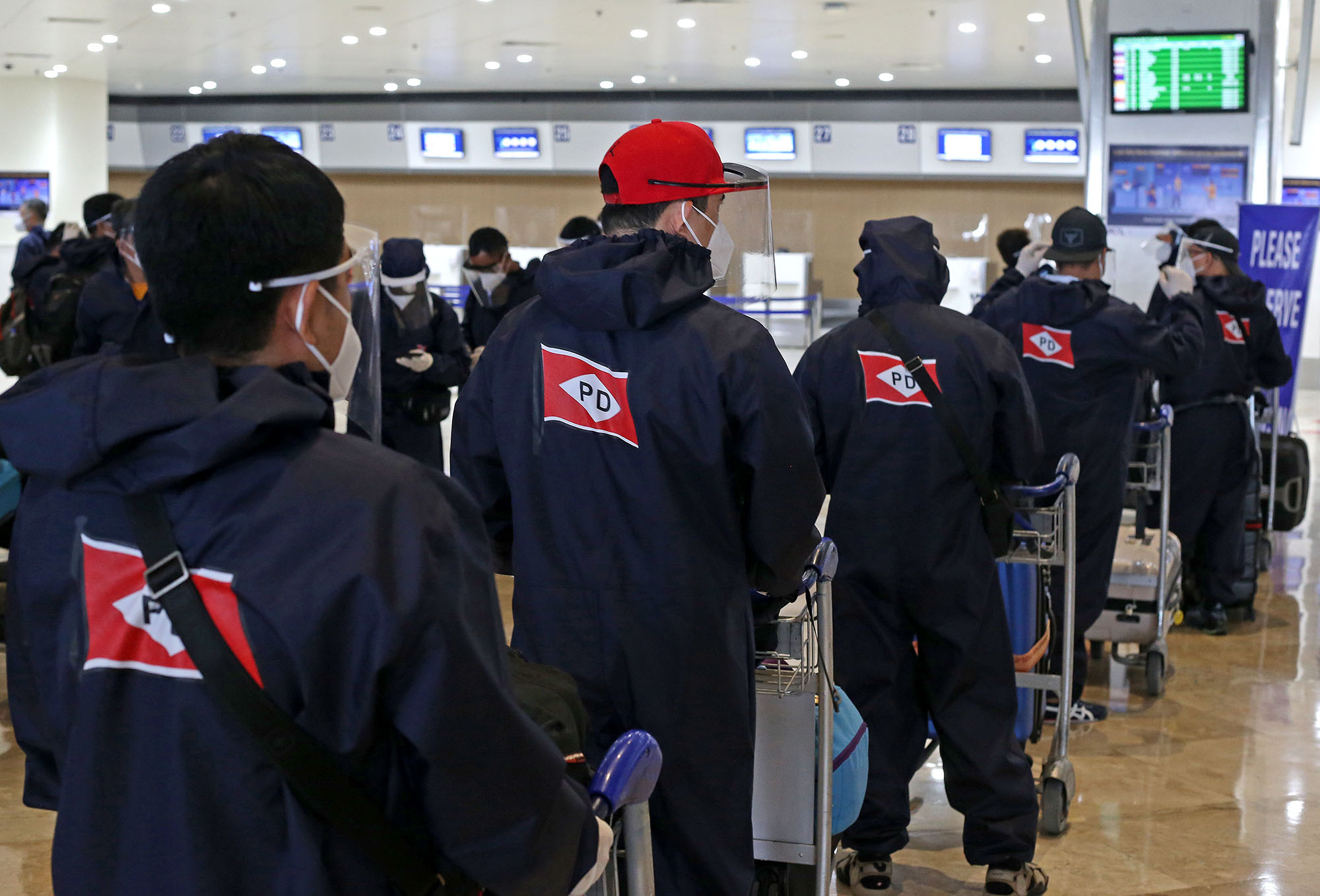 As published by Inquirer.net on September 27, 2021

MANILA, Philippines — A group of manning agencies in the country is seeking help from President Rodrigo Duterte to extend the cap for arriving returning overseas Filipino workers (OFW), as many of the Filipino seafarers are now already experiencing fatigue after serving beyond their contracts in international vessels.

Aside from this, the 59 licensed manning agencies (LMA), under the Association of Licensed Manning Agencies (ALMA) Maritime Group, also sought the swift intervention of Malacanang to direct the airlines to make their fare cheaper compared to the normal booking rates and fully flexible to changes with zero to minimal rebooking charges, as a way of honoring them being the so-called “modern-day heroes.”

Atty. Iris Baguilat, trustee and chairman of the Sub-committee for Labor and Employment External Affairs Committee of the ALMA Maritime Group, said their latest appeal to Malacanang is a reiteration of their earlier letter requesting an increase in inbound flight passenger limit as well as asking for additional quarantine facilities to their arriving crew.

Her group, in their letter to Duterte, expressed their utmost appreciation of the Chief Executive’s strong pro-OFW stance and unequivocal support for the welfare, safety, and employability of our Filipino seafarers.

This time, the manning group, responsible for deploying 160,000 seafarers, has proposed a new tack while addressing basically the same concerns of relaxing the 2,000 limits in inbound passengers and providing additional hotel rooms for quarantine purposes to facilitate the return of the country’s beleaguered seafarers.

Specifically, ALMA is echoing the manning industry’s call to extend the spirit of the Philippine Green Lane to returning seafarers.

To recall, the Green Lane was adopted to ensure unhampered, but the safe movement of seafarers up for deployment overseas.

This time, the ALMA Maritime Group’s appeal for the Green Lane is “to facilitate the return of Filipino seafarers to our home country.”

The group, this time, requests that the Philippine authorities automatically accept returning Filipino seafarers even if beyond the passenger seat limits currently imposed.

“In short, we seek to exempt the Filipino seafarers from the passenger limits without a need for a specific exemption per case. Additionally, we call for authorities to direct the airlines to honor the Filipino seafarers’ marine fare to become cheaper compared to the normal booking rates and fully flexible to changes with zero to minimal rebooking charges,” their letter to Duterte read.

Moreover, the group has requested an audience with the President along with other concerned parties to discuss further its proposals and draw action in coordination with the Office of the President.

According to the group, as things stand now, most international flight seats are randomly canceled by the airline due to these passenger limits, leaving seafarers either extending tenure onboard or stranded abroad waiting for weeks or a month for Philippines flights to become available.

Further, they disclosed that the current cost of international flights to the Philippines range at around $1,500.00 and peaks at $4,500.00 per person.

“The cost itself is four-fold the monthly wage of a regular seafarer. It is a known practice in airline travel that seafarers are given a special “marine fare” rate. The airlines are given proof that the traveler is an active seafarer so they issue tickets for them classed as marine fare. Unfortunately, our Filipino seafarers no longer enjoy the marine fare given their restrictions in returning home,” the group said.

Due to this limited or canceled international flights seats, crew change becomes further challenging to arrange.

“We underscore that this problem is unique to Filipino seafarers; our seafarers of other nationalities have no limitation in going home or no risk of being stranded in transit to their home countries which heighten their risk to COVID-19 exposure. In our maritime operations, we are the only country in the world that bans its own nationals from returning,” the ALMA Maritime Group letter stated.

“While, as an industry, we’ve made remarkable strides to adapt to the new normal and pursue crew change, we continue to seek the government’s unwavering support in facing the pandemic as its implications towards the safety and welfare of our human capital persist,” she noted.