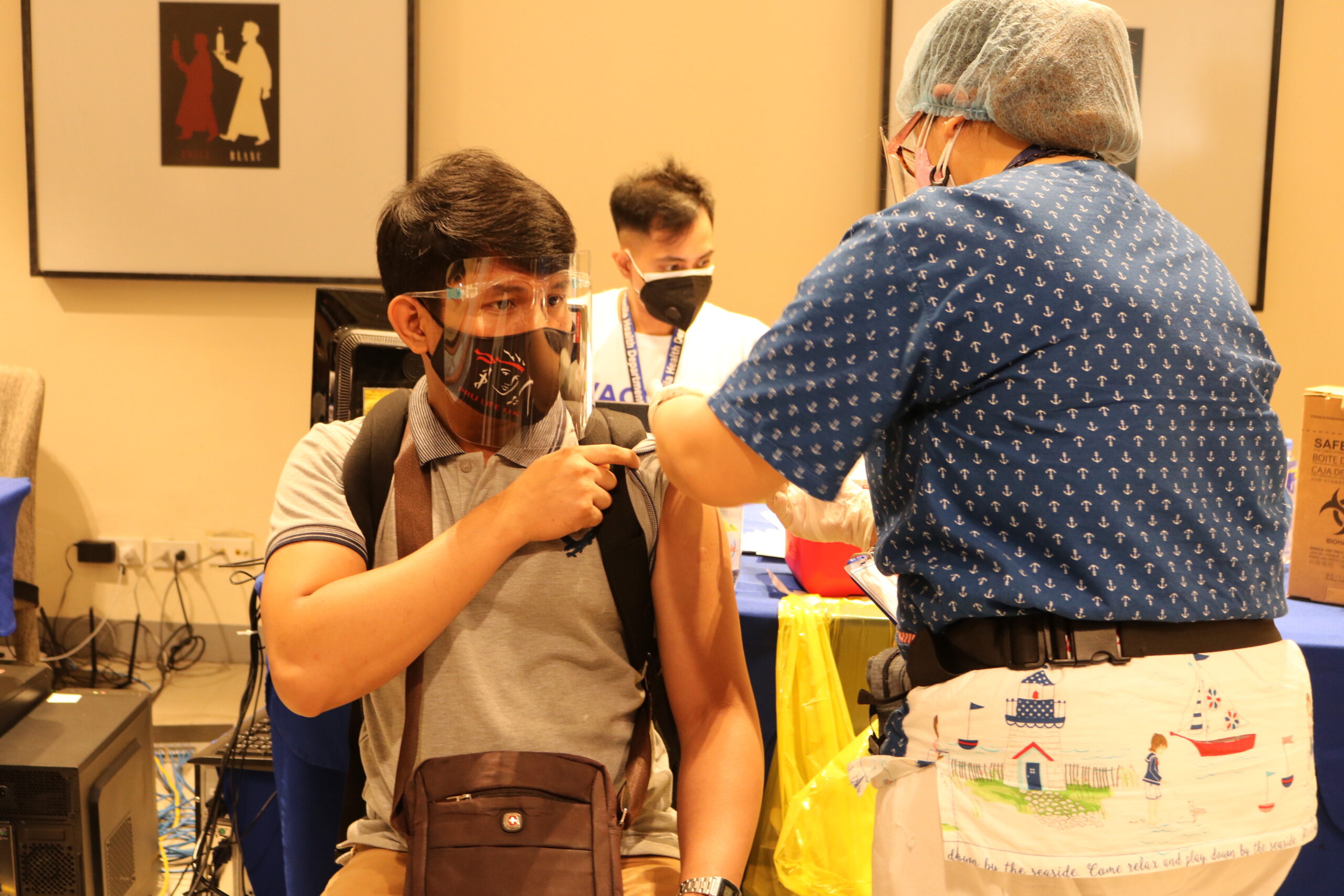 The Associated Marine Officers and Seamen’s Union of the Philippines (AMOSUP) along with various stakeholders have called on the government to designate other vaccination sites solely for seafarers when the vaccination program starts this month.

In a joint manifesto between labor and manning groups, AMOSUP President Dr. Conrado Oca expressed the union›s offer for the use of Seamen›s Hospitals throughout the country as vaccination centers for the seafarer›s vaccination program, but it still needs government support.

“We are ready to roll out vaccination in the AMOSUP Seamen›s Hospital, we just need the help of the government so that we can provide these essential workers with the vaccine.”

Moreover, the AMOSUP president underscored: “Designating vaccination sites solely for seafarers will reduce the bottlenecks faced by the government and ensure that no workers fall through the gaps.”

AMOSUP operates four dedicated hospitals for seafarer-members in the country›s major city where a sizable number of seafarers are located: Manila, Cebu, Iloilo, and Davao.

On a rare occasion, the labor and manning groups have joined hands in urging the government to give utmost priority to the vaccination of seagoing personnel to prevent more loss of seafarers› jobs to well-jabbed seafarers from other countries.

In their joint manifesto, AMOSUP, the Trade Union Congress of the Philippines (TUCP), Associated Philippine Seafarers Union (APSU), Joint Manning Group (JMG), and the Filipino Association for Mariners› Employment (FAME) said: “The Philippine seafaring industry is not able to meet the global demand for maritime experts due to constraints on crew change, quarantine costs and now the inoculation of seafarers.

The situation threatens the Filipino seafarers› niche in the global seafaring industry – with seafarers from China, Indonesia, the Russian Federation, and Ukraine now preferred over Filipino seafarers due to cheaper deployment costs and the country›s capacity for a crew change.”

Nonetheless, TUCP President Rep. Raymond Democrito Mendoza lauded the government decision to move seafarers’ position in the priority list for vaccination from B3 (essential workers) and B5 (overseas Filipino workers) to A4 (economic frontliners) and further to A1 along with health frontliners for those up for immediate deployment.

This comes after the intense lobbying by the Maritime Industry Authority (Marina)led by Administrator VAdm. Robert Empedrad and the leaders of the ALMA Maritime Group.

In a letter to the president dated February 1, 2021, ALMA stressed, “As part of an international labor force, Filipino seafarers compete with other nationalities, who are already being vaccinated by their respective countries, to be suited to work onboard.

We foresee that eventually, vaccination will become mandatory for global travel and if our crew are not travel-ready by then, we will lose seafaring employment opportunities that will be detrimental not only to the seafarer’s families but to the Filipino labor force, in general, as well.”

In a meeting on May 4 with the National Task Force Chief Implementer Secretary Carlito Galvez and various maritime stakeholders including AMOSUP, FAME and ALMA, VAdm. Empedrad announced that he was assured by the vaccine czar that the seafarers would be one of the priorities once vaccines arrive this month.

Meanwhile, in the joint manifesto presented to the House Committee, leaders of labor unions and local manning agencies outlined a six-point agenda to save the Philippine seafaring industry:

The requirements for the vaccination of seafarers should be made simple with their valid seaman’s book as the only requirement. The scheduled deployment in the next three months before vaccination shall be waived.

The active seafarers should be vaccinated in their respective LGUs before returning to Manila for their deployment.

The returning seafarers should be given their first jab upon release of their negative RT PCR and before returning home to their provinces.

Seafarers should preferably be given a single dose type of vaccine because of the unpredictability of their next deployment. They are asking for 500,000 jabs to cover all eventualities.

Existing DOH accredited hospitals and clinics devoted to seafarers should be designated as vaccination sites where the supply of vaccines in these medical facilities should be ensured by the government.

In line with their A1 status, the cost for vaccination shall be covered by the government.