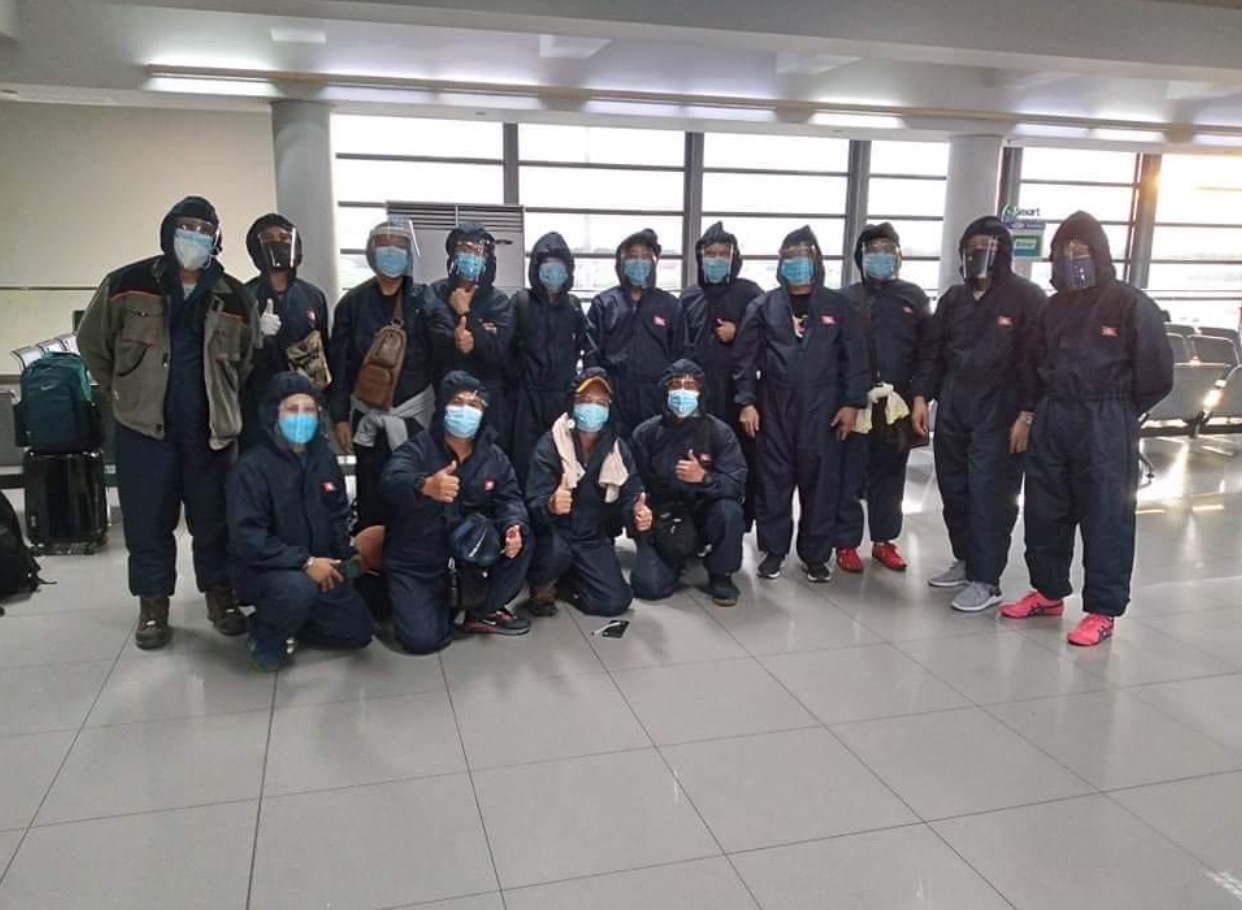 Persistent efforts of the local manning community particularly the Association of Licensed Manning Agencies (ALMA) Maritime Group finally paid off as it welcomed the government decision to ease the return of stranded Filipino seafarers to the country.

The government, through the Civil Aeronautics Board (CAB), allowed a higher cap on inbound passengers at the Ninoy Aquino International Airport (NAIA) following a meeting with leaders of ALMA, other industry stakeholders, and Covid-19 Inter-Agency Task Force (IATF) for the Management of Emerging Infectious Diseases last week.

In its Advisory dated October 5, 2021, CAB announced the 50 % increase in the number of passengers allowed to fly in through Manila’s international airport, raising the cap from 2,000 since May to 3,000 a day this month, thus, paving the way for more incoming international flights to Manila.

In the IATF meeting, the ALMA Maritime Group represented by co-founder and trustee lawyer Iris Baguilat, together with the group’s president, Cristina Garcia, lobbied strongly for the government to increase the cap by proposing practical solutions to members of the IATF in solving the repatriation dilemma unique to Filipino seafarers.

Present in that meeting were the Department of Foreign Affairs Undersecretary Brigido Dulay, various government officials, and executives of airline companies and groups.

Based on ALMA’s data alone, some 8,000 crewmembers are currently onboard and working beyond their contracts since they are stranded and unable to go home due to the limited inbound passenger capacity imposed on Philippine airports, according to Baguilat, also president of the Döhle Seafront Crewing (Manila) Inc.

“Because of this, seafarers are at high risk of fatigue which accounts for 25% of marine casualties such as collisions, groundings, marine pollution, and deaths,” Baguilat informed the IATF.

“Apart from this, seafarers with existing and developed medical conditions onboard could not receive proper medical attention due to local lockdowns on their ports of call.”

ALMA had been appealing to the government to relax the 2,000 caps imposed since May from only 1,500 in March to avert the entry of the Covid-19 Delta variant in the country during the onset of the surge of the highly contagious disease in India and neighboring countries.

Marina: 300,000 seafarers may have gotten jabs
The group wrote first to Sen. Lawrence “Bong” Go to ask for help. After nothing happened, they raised the concern to President Rodrigo Duterte. In its letter to the Chief Executive, ALMA highlighted “the difficulties of securing safe passage via air for crew members as the inbound passenger capacity of our major international airport remains limited.”

Baguilat told the IATF meeting that the limited inbound rate resulted in either higher flying costs, which further ails shipowners who are now looking for nationalities that could offer them the most cost-efficient means to operate their ships; or cancellation of booked seats that disrupts our already-challenged capacity to perform crew change.”

To avoid the perception that they are asking a special privilege for the sector, ALMA leaders tried a different approach by asking the government the following:

– to exempt Filipino seafarers from the earlier 2,000 passenger limit

– to direct the airlines to honor the Filipino seafarers’ marine fare that would make cheaper booking rates flexible to changes with zero to minimal rebooking charges.

While both have been acknowledged by the IATF, both were also declined.

This, however, did not dampen the spirit of ALMA leaders.

“Despite this, our efforts were not in vain. Various solutions addressing the root cause of our dilemma have been explored and recently put in place. We are now welcoming 3,000 daily passengers in Manila that include seafarers and OFWs, Baguilat said.

Recently, the CAB also employed triangulated flights that would disperse inbound flyers to several international airports in the country, such as in Cebu and Davao. This will relieve the quarantine facilities in Metro Manila the heavy influx of passengers to other facilities in other areas of the country.

ALMA lauded CAB’s approach since this would relieve the quarantine facilities in Metro Manila and distribute the heavy influx of passengers to other facilities in other areas of the country.

ALMA is positive that these valuable decisions would alleviate the repatriation dilemma of Filipino seafarers stranded overseas.

“Nonetheless, we shall continue our dialogue with Philippine authorities to present solutions as we eye for a much stable crew change operations and keep Filipino seafarers more cost-efficient and competitive than those from other maritime nations that threaten the security of our jobs at sea,” Baguilat underscored.